History of the Kilung Shedra

Here is the history of the Kilung Shedra, before the April 2016 fire that destroyed it completely.

Kilung Monastery was founded around 1770 by an enlightened yogi, the first Kilung Rinpoche, Jigme Ngotsar Gyatso. Many famous lamas and teachers such as Patrul Rinpoche, Do Khyentse Yeshe Dorje, Gyalse Shenpen Thaye, Mura Pema Dechen Zangpo, the Fourth Dzogchen Rinpoche Mingyur Namkhai Dorje, and others studied there. Beginning in the 1950s, the well-known Chinese assault on Tibet left most monasteries in ruins and religious practice was forbidden for 30 years. But even though many Tibetans lost their material belongings, the harsh conditions made them stronger, bringing groups and individuals closer together, fortifying their faith in Buddhism. Then, after a dozen years of liberalization, in 2004, Kilung Rinpoche and the Kilung Foundation, with its generous supporters from around the world, joined to rebuild the Kilung Shedra Monastic College. And with that began its first nine-year traditional program for 45-50 young students.

In November, 2014, after a six month renovation funded by the Kilung Foundation, the Kilung Shedra began its second Nine-Year program of study in Buddhist Philosophy and Practice. (This was disrupted when the shedra burned down in 2016.) 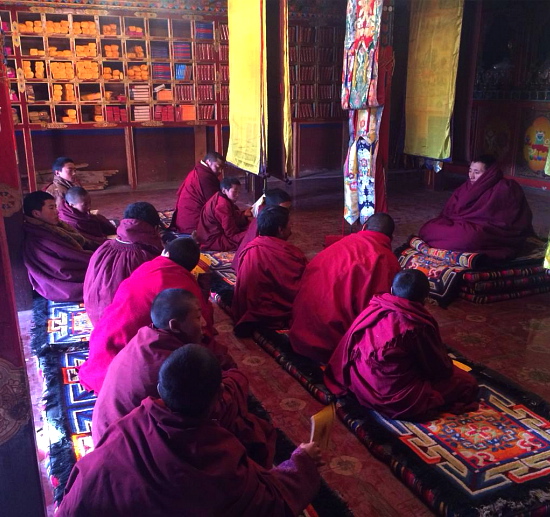 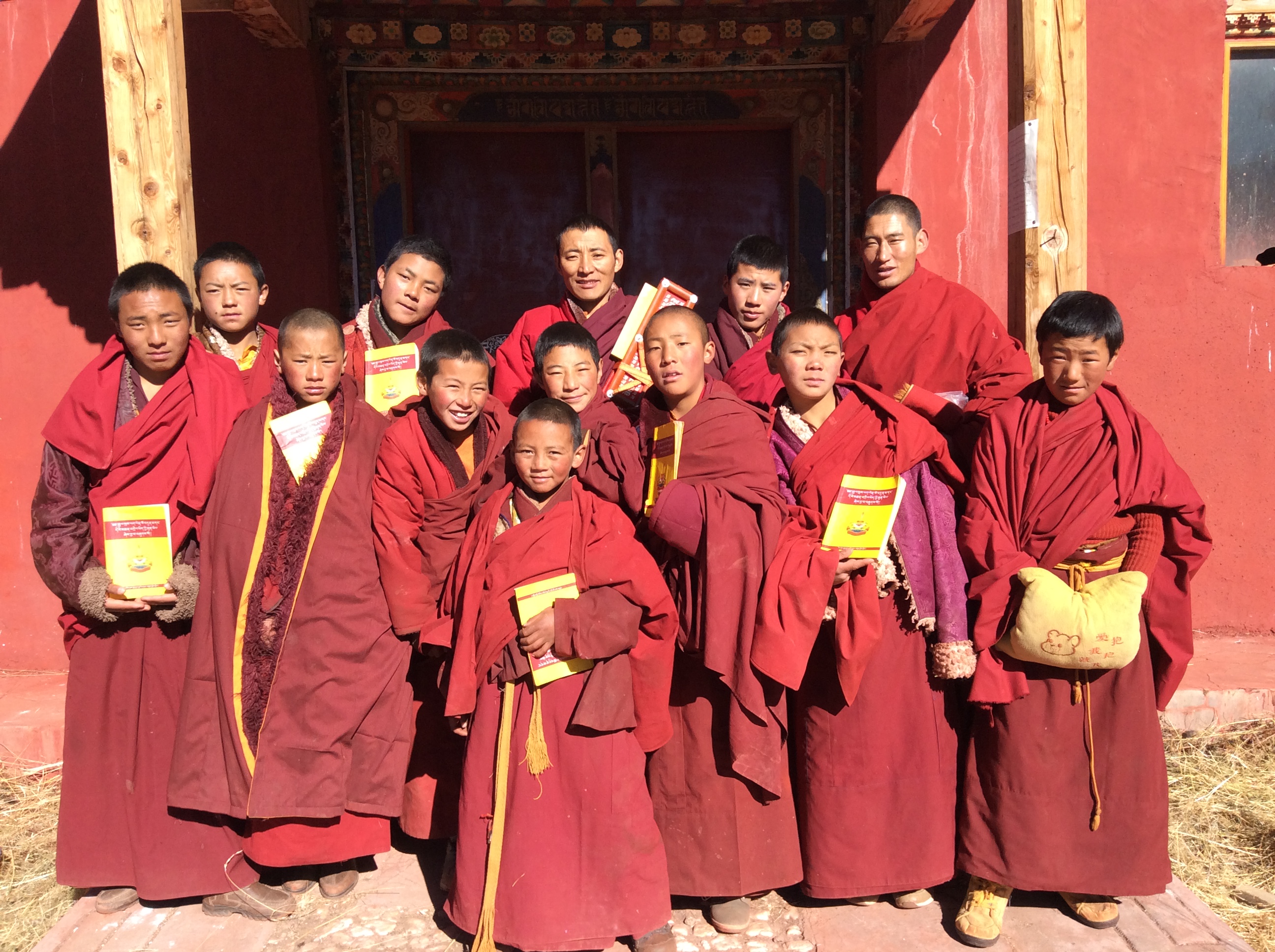 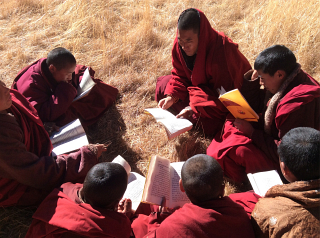 Thirty monks were enrolled in this rigorous program which educates them to be skilled teachers and practitioners. This training is critical to maintaining Tibetan Buddhist traditions in the Kilung community. Some graduates of the Kilung Children’s School are now continuing their studies at the Shedra.

Khenpo Thupten Zangpo (center rear of group photo) was their wise and experienced lead teacher. In his youth, before the shedra had been rebuilt, Khenpo Thubzang made the perilous journey across the Himalaya to obtain monastic education and training in India and Nepal. When he completed his education, it was extremely difficult and hazardous to return to Tibet. The Kilung Foundation worked for three years to help him get back to Dzachuka. Khenpo Thubzang worked tirelessly to provide monastic education at the Kilung Monastery, so that others do not have to leave their community and endure the hardships he did.

For a video of the Kilung Children’s School and the Kilung Shedra taken in January 2015, click HERE.

In former times, Kilung’s shedra, or monastic college, was a flourishing institution with several hundred students. It later became one of the casualties of the fervor that hit Tibet in the mid-20th century. From the ground up, the college had to be rebuilt after four desolate decades. A photo from the year 2000 shows monks and lamas sitting on an empty snow-covered hillside, upon the spot that Kilung Rinpoche decided to rebuild. We broke ground soon after, and by 2003, the huge shedra building was complete.

The following year it was consecrated in a grand ceremony, and on September 23, 2005, the first group of young monks entered to undertake the ancient depth training of Tibetan Buddhism.

Shedra studies are a crucial element in the vast array of Vajrayana understanding, which is highly developed and intellectual, with philosophical understandings as fine as grains of sand. The degree of khenpo which shedras confer is equivalent to a PhD in philosophy, and the possibilities of specializing in one or more “minors” are many. Shedra, then, forms the essential backbone of this unique system leading to ultimate enlightenment of the human mind.

Khenpo Sonam Tashi, of Kilung community, was the scholar heading the first Nine-Year program. Kilung Rinpoche said, “He’s so amazing, not only for the shedra, but taking care of whatever is necessary for the monastery in general. Khenpo is effective at leading young monks, and inspiring the others. He conveys his confidence that the monastery will come back together as in ancient times.”

The initial class was made of 20 monks mostly 18-25 years old. Some of these have already gone on to become regular monks. Others will continue with one of the complete shedra programs. Additional young monks will continue to join the program as they come of age. Other older regular monks, who have been very inspired by the khenpo’s leadership, program, and the improvements of the monastery, have also since joined the shedra.

There are two courses of study:

General Buddhist Education Degree, basic level. Those receiving this degree are able to teach in a limited way the basics of Buddhism to monastics or lay people. Some may choose to enter regular monks’ life, and/or to receive the education for their own experience, practice and development.

Khenpo Degree, after passing specific examinations, including orals, and evidence of inner spiritual development. This degree confers the qualifications to train students. After an intensive three- to five-year retreat, they may achieve the title of Dorje Lopon, Vajra Master.

Each year specifies which texts are studied or memorized. They include the Five Major and Five Minor Buddhist Doctrines or Sciences.* Each year includes five major texts, including sutra and tantra. For example, the first year includes memorization of sutras, understanding logic and philosophy, and testing. First year texts include the Bodhicaryavatara, 37 Practices of a Bodhisattva, and logic texts. The later years include Dzogchen and Advanced Tantra texts.

The generous support of Kilung contributors worldwide has been responsible for the rebuilding and renewal of Kilung shedra. We are currently in the final phase of rebuilding the shedra and are now seeking sponsors for finishing the dorm rooms. 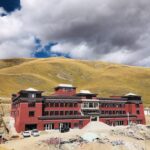 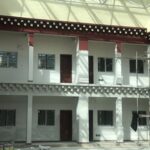